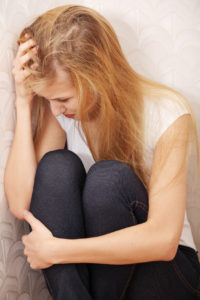 Relationships with other people can often play the role of “bread and butter” in a person’s life. As social creatures, human beings are drawn to one another for a variety of biological and psychological reasons. It is an integral component of a person’s psychological development and emotional stability. However, the benefits are not entirely absolute. It is possible for people with extreme social misgivings, such as loners and hermits, to live without too much damage to their mental health. The isolation gets to you after a while, but there’s nothing really too fractured up there. As a sort of mirror to that reality, it is also quite possible for someone with numerous interpersonal relationships to find himself subjected to a menagerie of emotional abuse.

Emotional abuse, contrary to popular misconception, is not a problem relegated only to women. Sure, women are supposedly more predisposed towards bawling out their emotions, but men can also feel. Abuse is not always apparent in the behavior of the victim, despite what the stereotypes would have you believe. Sometimes, it can be very difficult to detect whether someone has been put through any amount of abuse outside of the physical arena, particularly if the havoc was done emotionally or psychologically. In some cases, people take great pains to hide the obvious physical signs of an abusive relationship, for their own specific reasons. These reasons can cover everything from blind devotion to not-so-subtle hints of psychological masochism. With that in mind, what exactly is the best way for someone to spot a person who might be caught in such an abusive environment,

Well, provided that a person can see both people involved in the relationship, there are a few things that can be used. One person blaming the other for their emotional state is often a good indicator of something being wrong, though whether there is abuse or codependency is unsure. Placing blame on mistreatment is also a common feature of this sort of environment. Specifically, the abuser is placing blame on the abused for the negative treatment, typically in connection with some sort of “trigger.” For example, the abused might have performed an action that displeased the abuser, prompting appropriate “retribution.” Being pressured into activities that the abused does not want to perform is also common, with sexual activities being among the more prevalent ones.

Relationships with other people can also be used as an indication of whether or not someone is being abused. In particular, close friends and family members can often be good indicators. Whether by instinct or by simply knowing the person well enough, close friends and family can often be the first ones to note that something is not quite right with a person’s relationship with an abusive individual. How the abused is treated around friends and family, while not very common, can be a clear indicator as well. Abusive treatment that has gone on for an extended period tends to build a sense of comfort in the abuser, which sometimes causes him to more openly mistreat the abused. While the harm is more intense in private, verbal and subtle emotional abuse can be observed in interactions, particularly with family members of either party.